Assemble me. Buckle up for a magical flight!

Ugears is pleased to bring a unique automotive model to Harry Potter fans—the Flying Ford AngliaTM, a car with a mind of its own.

The Anglia is a faithful reproduction of the Weasley's enchanted Muggle car. Children will delight as they fly it through the air or pretend to race it along a track just ahead of the Hogwarts Express. Who can forget the scene in Harry Potter and the Chamber of Secrets when Harry and Ron fly back to Hogwarts in the Anglia, before losing control and crash landing in the Whomping Willow? After a narrow escape, the young wizards and all their belongings get ejected by the car, upset at the abuse it has received.

The Ugears Flying Ford AngliaTM has a spring drive that transmits torque to the rear wheels, providing drive power. The car can travel 3-4 meters on a single wind-up of the ratchet mechanism located on the undercarriage. The spring drum is safely tucked under the model car's seats, while the authentic rear license plate functions as the start/stop button. There is also a neutral gear that lets the car roll freely.

The front wheels rotate 25 degrees in either direction and can be turned using the steering wheel or by pressing the wheels themselves, allowing the car to travel in a straight line or turn circles (you are in charge of making the Anglia fly!). The car rides on any flat surface, from carpet to slippery tile, thanks to the grippy rubber band "tires" encircling all wheels.

You can manually open the doors, trunk and hood of the Flying Ford AngliaTM. The open hood (or "bonnet" in the UK) reveals engine details, while the trunk (or "boot") is large enough to accomodate Harry's model suitcases with laser-engraved Hogwarts crest.

But here's where the real magic comes in: thanks to a special mechanism attached to the spring-loaded shaft running through the cabin, the Anglia has a secret "ejection" function. When the front license plate is pressed, the trunk and side doors pop open while the tilting front seats and a lever in the trunk dramatically throw all passengers and contents from the vehicle. Place Harry's suitcases in the trunk, press the front plate, and watch as they are unceremoniously ejected by the angry Anglia!

The Flying Ford AngliaTM DIY wooden model has 246 parts, is rated "middle" difficulty level, and has an estimated assembly time of 6 hours. To assemble, simply remove the pieces from the laser pre-cut boards and snap them together following the detailed, illustrated instructions. Instructions are available in 11 languages. No glue or special tools are required—everything you need for assembly is included in the box. Be sure to use the included sandpaper and wax to smooth and lubricate the moving parts, for optimal function.

This amusing magical Muggle car will appeal to all wizards, witches and muggles everywhere, especially those who enjoyed the "Harry Potter and the Chamber of Secrets" movie, in which the car features prominently. Anyone who enjoys model cars, building things with their own hands, or who appreciates unique, educational toys, will appreciate this outstanding DIY wooden model. The Flying Ford AngliaTM is a great gift idea for children who love the Harry Potter series of movies, or parents looking for a fun craft project to build with their children. Enjoy the hours you spend together building this charming model, then enjoy the fun and laughter of playtime, as your children eject passengers and luggage again and again, recreating the famous scene. 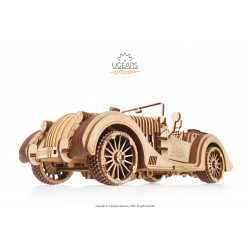 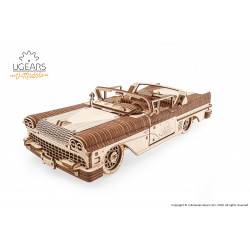 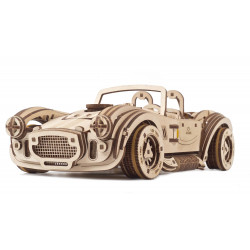 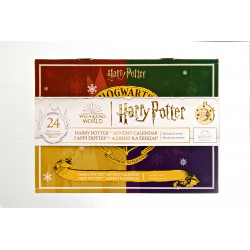