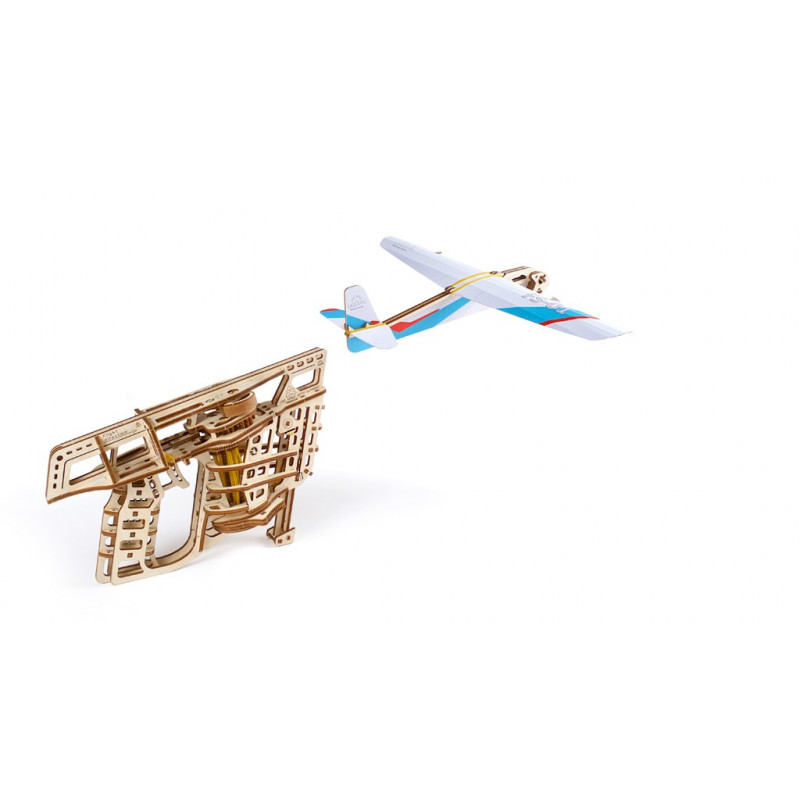 Did you know that the first woman in the world to design, build and fly an aeroplane was Irish? Her name was Lilian Bland (1878-1971) and her fascination with aviation began with watching and taking photos of the birds near Carnmoney Hill in Co. Antrim. She made a model biplane first, which flew successfully as a kite, and then went on to building a full-size glider. She used bamboo, spruce, elm, ash, fabric and wire and named her plane "Mayfly". The finished glider had a wingspan of 20 feet and 7 inches, and weighed 200 pounds and it was successfully tested in 1910.

Aim high with an exciting and curious model from Ugears, the Flight Starter, a portable hand catapult loaded with smart mechanics and a lot of fun.

The Flight Starter is a mechanical launcher for light flying airplane models, three of which you will find in the kit. The model’s one of a kind design is a pure work of imagination that produced a look resembling something from outer space – a star ship, a shuttle or a blaster gun from a science fiction adventure film. The all sci-fi design is implemented in the Ugears skeleton steampunk style that allows you to look inside the working mechanism which you get to assemble with your own hands.

The launcher is equipped with a rubber band motor that provides tension that powers your plane when released. The trigger that sets off the mechanism has a safety lock. The tension and therefore the distance your aircraft is going to cover are controlled by a winding crank. The range of your new cool ballistic model can exceed 30 meters – depending on the “bolts” used and how tight the crank was wound. A special support makes the crank a part of the platform for the aircraft you will launch.

A high quality plywood and ergonomic design ensure that the launcher comfortably sits in your hand and allows you to aim more precisely.

The kit also includes a plywood glider and two paper airplanes you can use with your Flight Starter along with those planes you want to design by yourself. Depending on how you adjust the angles of the wings and other elements of a plane before launching it into the sky, you can make it go into a loop, barrel-roll, nose-up and other fun manoeuvres.

If you’d like to build your own aircraft, Ugears designers suggest you use relatively light materials: paper, cardboard, balsa, etc. The model kit is comprised of 198 parts and has everything you will need for assembly. You will work with a natural material that is nice to the touch and gives you a very pleasant feel. Like all Ugears models, the Flight Starter comes with step-by-step, full-color, truly easy to follow instructions in 11 languages (English, German, Ukrainian, French, Polish, Spanish, Russian, Japan, Italian, Chinese and Korean) and requires neither glue nor special tools to be fully assembled into functional mechanical launcher. The precut parts are made from high-quality and sustainable wooden material and fit together like a puzzle.

Ugears wishes you fair skies and tail-winds. Send your imagination to flight with the Flight Starter from Ugears! 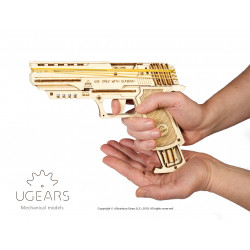 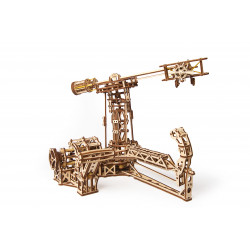 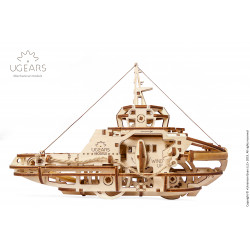 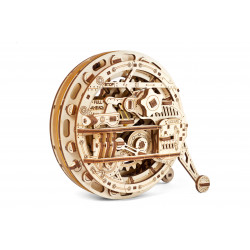 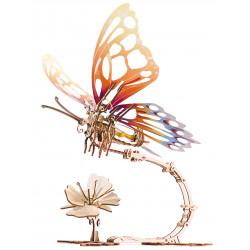