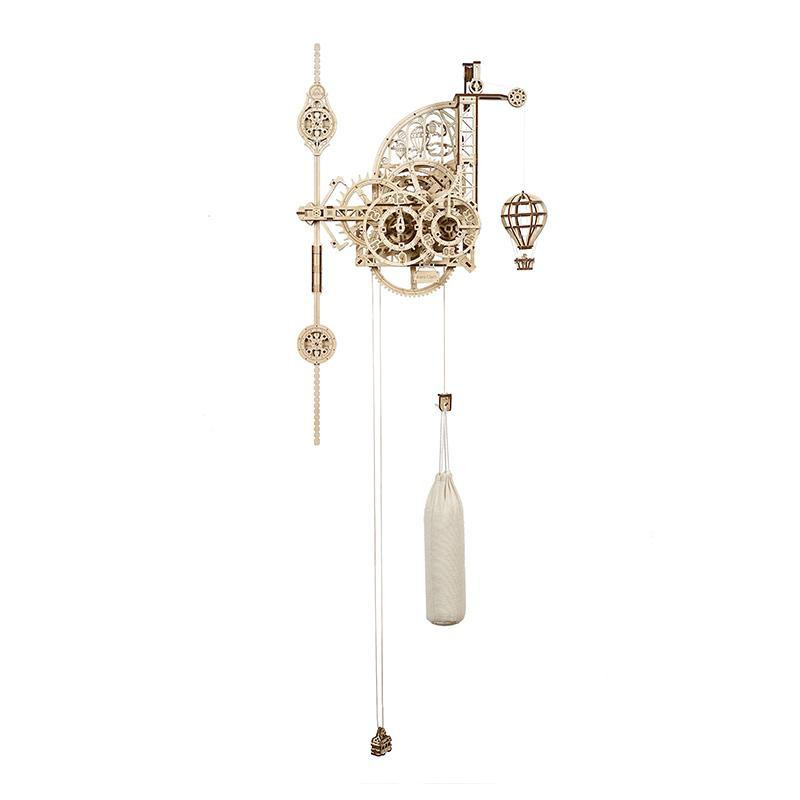 Yes! Yes! Yes! Something so many Ugears fans have been waiting for has finally made its appearance! We have lost count of how many times we got requests for an actual working wooden mechanical clock showing accurate time – and following all those requests our brightest engineering minds have delivered! It is with joy and pride that we present Ugears Aero Clock to you. This unique mechanical clock with a weighted pendulum demonstrates the precision of the gears. Just assemble it, mount it on a wall, wind it up and enjoy the passing of time!

Not only is it functional, but it also appeals to the fans of air travel. Back in 1783 the Montgolfier brothers first successfully flew a hot air balloon, which marked the beginning of the new era for the whole of humanity. Just two years later the English Channel saw its first hot air balloon crossing by an American John Jeffries and his co-pilot Jean-Pierre Blanchard. The world has achieved one of mankind’s fundamental dreams and it went far beyond mere amusement. It was the dawn of the new era of exploring the possibilities of flight, getting to know the power of winds and witnessing the majestic realm of the skies. As the seconds and minutes of the Aero clock tick away, the intricate wooden balloon slowly rises up, only to descend when the hour strikes.

Ugears steampunk Aero clock also honors the clockmakers and horologists. One prominent figure was John Harrison, whose clocks for ships were so accurate that they enabled the captains to at last determine their position at sea (by knowing the exact time in London and the time in their location, combined with the position of celestial bodies). Although the problem of discovering the vessel’s latitude had been solved as far back as 600 BC, it was the invention of the precise clock that finally did crack the problem of reliably establishing the longitude. It was for this that Mr. Harrison was awarded with a hefty reward (the Parliament’s Longitude Act of 1714). Follow the footsteps of such great explorers and inventors by assembling this wonderful DIY puzzle with your own hands! 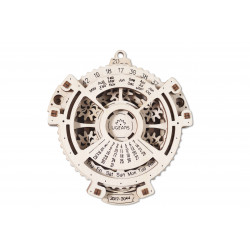 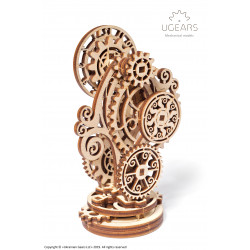 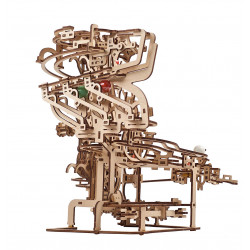 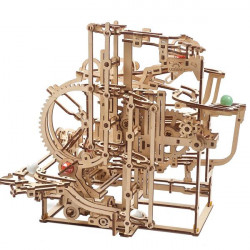 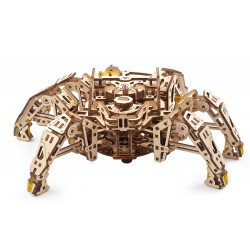 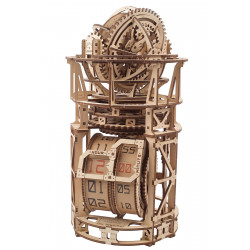